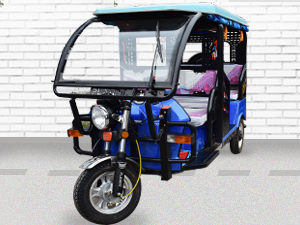 for e-rickshaw drivers in place of the computerised test owing to their educational level and socio-economic background.

Thursday, 26 March 2015 – 8:06pm IST | Place: Delhi | Agency: PTI: The government’s move comes few days after some e-rickshaw drivers made a demand to Delhi Transport MinisterGopal Rai for an oral-based preliminary test for them as they are not educated and do not know how to run a computer.

At present, a person seeking a learner’s licence has to go through a computerised preliminary test and, thereupon, give a driving test in the presence of an official concerned. “Taking into account the educational level and socio- economic background of e-rickshaw licence applicants, it has been decided by the competent authority that an oral-based preliminary test in place of a computerised test may be conducted,” a senior government official said in his order.

Thus, e-rickshaw licence seekers will now be asked oral questions during the test. The official, however, said that computerised records of all the candidates will be maintained for future reference. “The new test will only be applicable for e-rickshaw drivers; others wanting to procure a learner’s licence have to go through the computer test,” the official added.